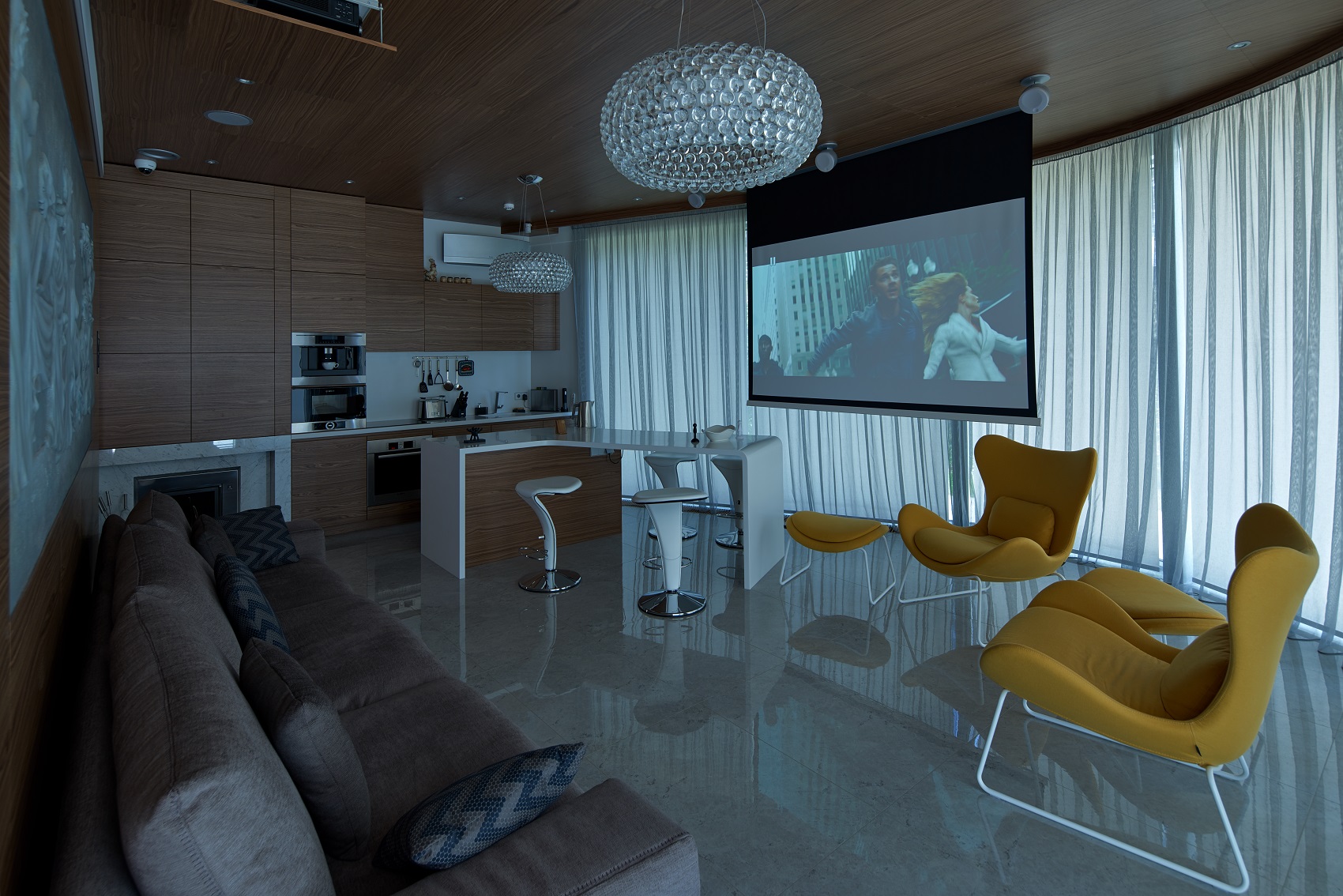 The desired climate in the premises is provided by the ventilation and air-conditioning systems from various manufacturers, which work via Modbus protocol and the Domintell automation devices. There is automatic ventilation control, which turns on and selects the desired level, depending on the air quality sensor readings, thereby controlling the necessary humidity in the premises.

The TV in the living room is installed on the swivel bracket, which turns the TV right / left, thus allowing for comfortabl watching of the TV either from the kitchen or sitting on the sofa in the hall. In addition to the TV, there is also a video projection in the hall, the screen and projector are built into the ceiling and appear only with the system is turned on. The interaction between the TV swivel arm and the projection screen is strictly logical. When the video projection starts (if the TV has been rotated) TV will return to its original position close to wall - only then the screen will start rolling out. Also, when the screen is in rolled out position, the control of the TV bracket is blocked. You can see the swivel arm working and its interaction with the projection screen in the video below:

Watch the video: the interaction and rotation of the TV bracket
It is possible to turn off the Audio / Video equipment and open the curtains or rolls with a push of one button. As shown in the video below:

Watch video: turn off A / V equipment and open curtains / rolls
Audio multiroorm is in every room as well as outdoors - you can put on any radio station or song that is on your phone, or the cloud.
Security video cameras were installed as well, their content can also be viewed in the IridiumMobileapplication.
Management of all the above listed and other functions are implemented in the software package from IridiumMobile. The design of the application is developed according to the wishes and demands of the customer.

The project was implemented in April 2017

We are:
Follow on us:
Our online shop
audiosalons.lv